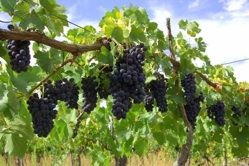 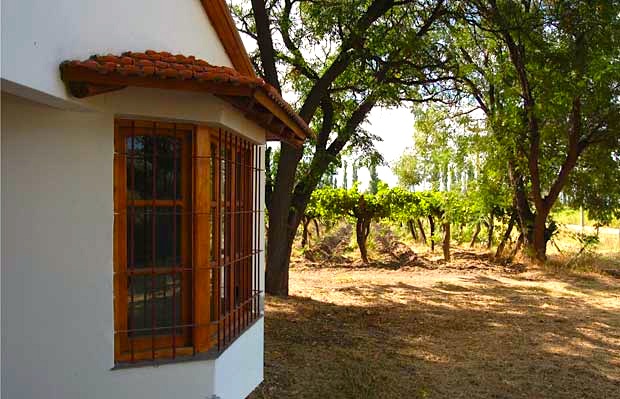 NO LONGER AVAILABLE:
THIS PROPERTY HAS SOLD 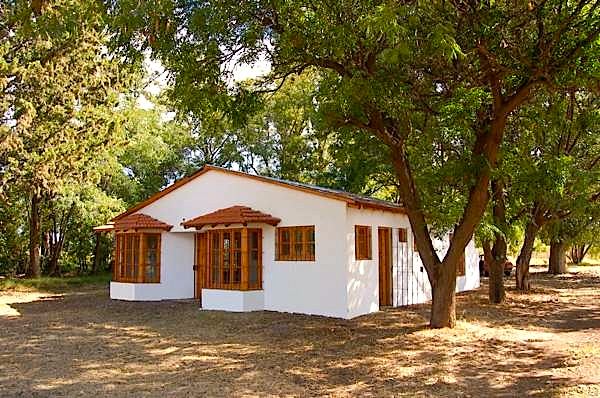 This property is one of the most interesting I have, the type of property
I would be happy to own myself because I'm partial to value, and under-
potentialized real estate. Two years ago it would have been priced at close to $200K.

These extra totals substantially increase farm income, because fixed costs must be paid
regardless of income. The reason expenses are high, and why the farm is not producing
what it should, is due to the cost of tractor work. The owners are only tractoring the
vineyards twice a year, which substantially hurts production totals.

Owning a tractor will lower costs by more than 10,000 pesos per year, and also solve the
problem of poor care because it can be tractored the four times necessary -- or even more --
rather than just the two times they currently tractor. In addition to that, the caretaker can do
the work when he needs to, and not wait for someone available to show up.

So, here are the two things which can cut expenses, and increase production:

By doing these two things, current expenses and income the figures show break-even on
the vineyard. However, the caretaker and administrator are also convinced that extra
tractor work will immediately increase production totals, which then creates positive income.

Most who move here eventually eliminate the administrator. He is necessary when
owners are absentee, so this is not something all folks can do right in the beginning,
but a goal they work toward.

The bottom line is that by cutting expenses and running the farms smarter, the
administrator believes an income of close to 45,000 pesos (US$12,000) is not
unreasonable. He cautions that this will not happen immediately, but should prove
the case in two to three years of tighter management.

Other ways to add to income include wine-making, utilizing the vacant land which is not
being farmed, even perhaps leasing out the tractor to others if you purchased one new.

Below (beneath the photos) I go over expenses
and income in greater detail. 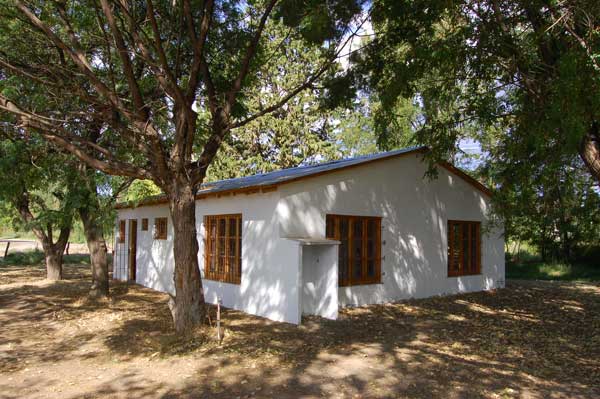 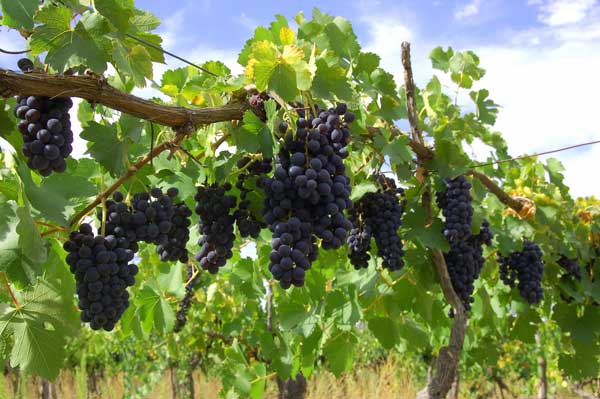 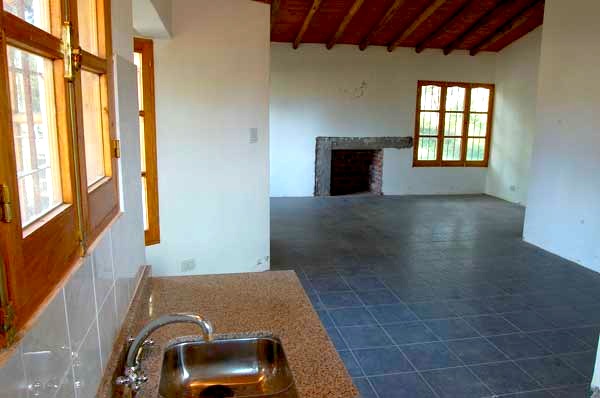 40 ACRE FARM:
The 35 acre-finca is actually 16 hectares according to the administrator
-- which means about 40 acres.

Below is a breakdown on how the farm is filed with the Wine Institute,
the number of hectares (in sq. meters), and notes explaining these varieties.

The INV records show just over 14 acres of vineyard on this farm, which
I think is in error. I was out of the farm his weekend and spoke to the caretaker,
Daniel, asking his opinion, and he thinks that the Wine Institute figures show
about 5 acres less grapes than actually exist there. Daniel added up the area
he is working -- rows of grapes, lengths in meters, etc., and says there has to
be about 19 acres of vineyard -- not 14 acres.

CHARDONNAY - 7500m2 (1.85 acres): This French grape is sometimes oaked
and is the most famous of the French whites. In Mendoza it is often purchased
for use as champagne. It's one of the earliest grapes to go to harvest here.

MOSCATEL - 20100m2 (5 acres): An Italian variety, and there are several types
types in Mendoza. Just two types are called Moscatel Rosado or Moscatel Alejandra
-- with the pink one, Rosado, being more prevalent.

CEREZA - 10000m2 (2.5 acres): An Argentine white wine grape, although
the skins are not white but a darker tone in color. Some claim the grape is
similar to Pinot Gris or Gewurztraminer.

Below are the totals harvested in recent years, according to winery records
where they were sold, and the weigh bills when delivered.

TOTAL FARM EXPENSES: Below are the expenses, some of which are paid monthly,
while others incurred annually or paid over the course of the year.
They are summed and totaled below.

Income figures from 2009 are not available because the grape payments are being
made in the form of wine over the course of the year, at the market price paid of the
wine at that moment. These grapes were delivered to the cooperative winery in
Goudge, which is a member of FECOVITA, which is a group of close to 30
cooperative wineries in Mendoza. They do domestic and export sales, and produce the
brand "Marcus James" which is sold throughout the U.S., and a higher-end wine called
"Cancillier". They also do "bulk" wine sales to other countries, as well as
concentrated grape must, which is mostly sold to the USA.

In 2008 this 40-acre farm netted 22,848 pesos in grape income, after deductions
for harvest cost (labor, harvest truck and delivery) at a cost of 15 centavos per kilo.

This farm shows Wine Institute records revealing 4 hectares of grapes (about 10 acres)
which also cannot be correct. The total are is 4 hectares, and there is a house and
outbuilding along with a driveway, etc., so it would be impossible that there were
"exactly" 4 hectares of grapes. The true figure would have to be about 3.5 hectares
(or just over 8.5 acres).

Although the Wine Institute records show a number of varieties, they have also been
sold as 100% tempranillo. This means one of two things: 1) Either they're being lumped
together as tempranillo because no one can tell the difference on delivery, or 2) Over the
years with replanting, etc, the other varieties have mostly disappeared and what remain
are almost entirely tempranillo.

TEMPRANILLO - 20000m2 (5 acres): A fine wine grape from Spain known for producing the
best red wines in that country. Some think it's name was a reference to the Spanish word
"temprano" which means early, because harvest was earlier than the common grape varieties.

SYRAH - 7200m2 (1.78 acres): A French grape also called Shiraz in some countries -- such as
Australia and South Africa. Some here in Argentina think the origin is Syrian and often
farmers refer to it as "Syrak" -- possibly because Spanish words rarely end in the letter "h",
and sometimes in Argentine handwriting an "h" looks like a "k". Others say it is certain the grape
came from Iran, because there is a city named Syrah in former Persia with an ancient history of viticulture.
Other believe Syrah was a grape the Romans brought from Syracuse. Whatever the origin, when
done right Syrah can be spectacular. It's my personal favorite wine from San Rafael, because for
some reason the grape thrives well here. I have never tasted any Syrah better than what I
have experienced which was elaborated here.

Below are the totals harvested in recent years, according to winery records where
they were sold, and the weigh bills when delivered:

Below are the expenses on this farm, some of the paid monthly, and others incurred
annually or over the course of the year. They are summed and totaled below.

In 2008 this 10-acre farm netted 11,280 pesos in grape income, after deductions
for harvest cost (labor, harvest truck and delivery) at a cost of 15 centavos per kilo.